Challenge Level: Moderate
6.4 miles
Getting Here: You begin at Fishguard and Goodwick train station.
Accessibility: Not suitable for wheelchairs or buggies.
Facilities: You can enjoy food at the station café, which also has a bathroom.
Download directions as a GPX file. 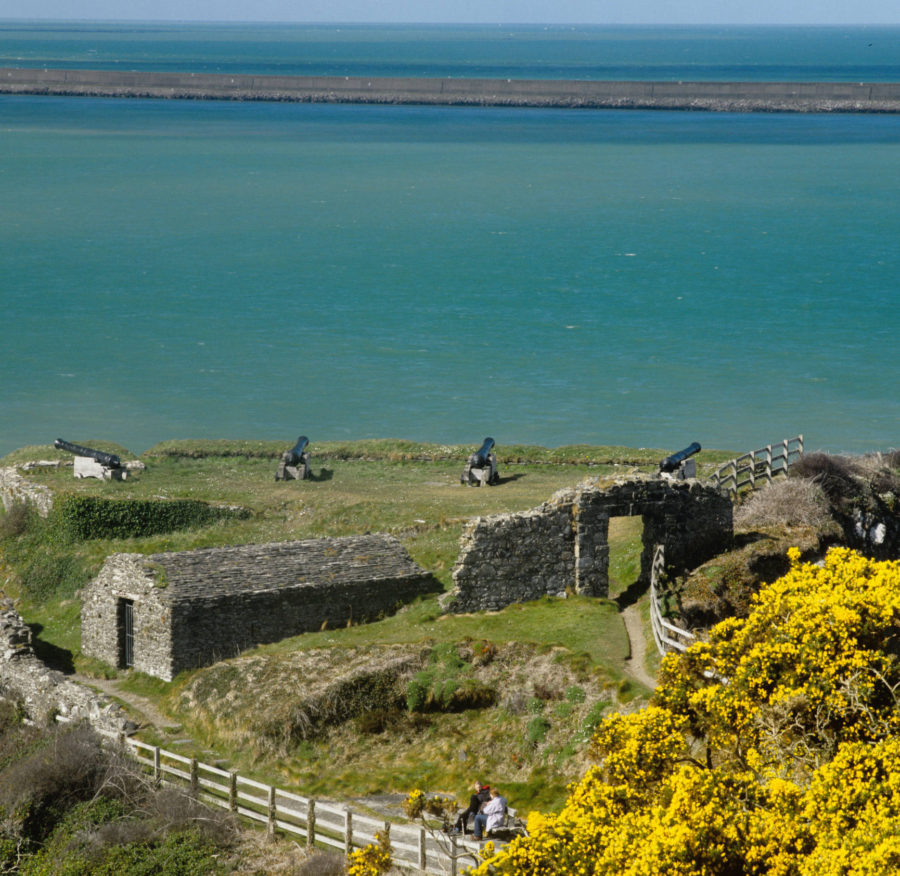 Remember to stay aware when walking near the railway network. If using a level crossing, be careful and STOP, LOOK, LISTEN before crossing. For information about staying safe on level crossings, please visit Network Rail’s website by clicking here.

Overview: The historic culture of a place can often be seen in stone and iron. Explore some of the history of Fishguard by following this iron and stone trail, but also look up at the architecture of the homes and other buildings.
Fishguard’s Iron and Stone Trail DIRECTIONS 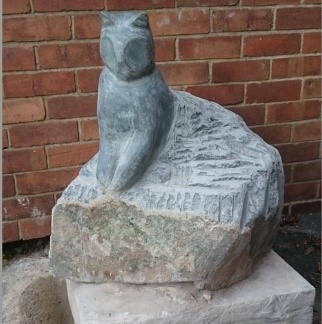 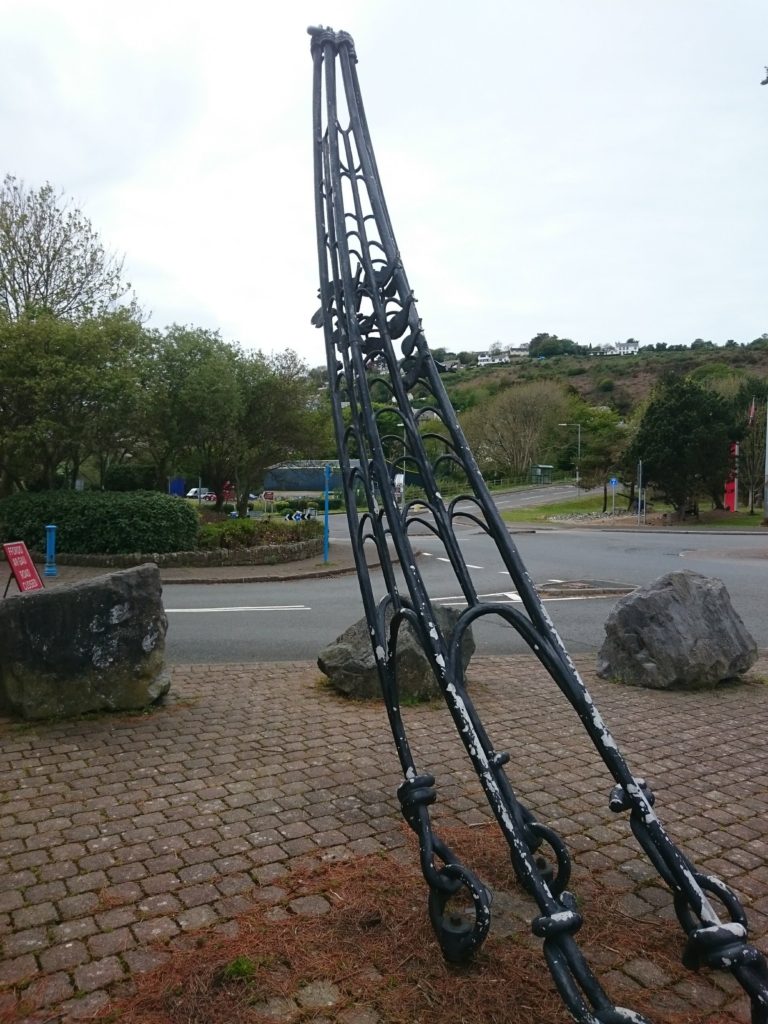 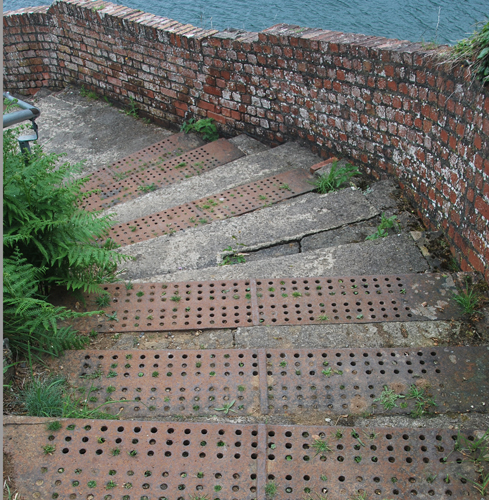 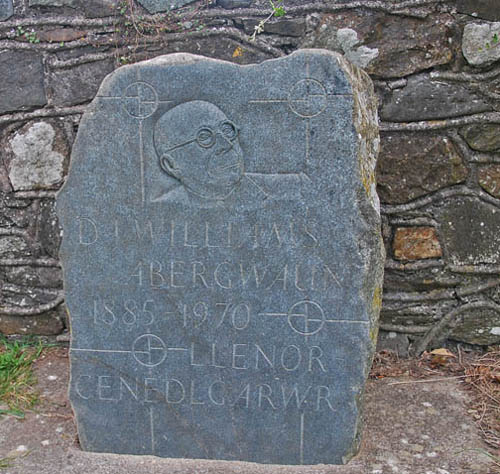 Start at Fishguard and Goodwick train station. Find the cat in the corner outside the Old Station Café. Pat the cat and read the inscription.

Exit the station area and turn left on the road. Cross the road and find the railwaymen’s memorial at the other end of the bridge over the railway.

Continue past the Fish and Chip shop to see the three panel list of rescue carried out by the local lifeboat.

Facing the lifeboat plaques go left for 20m and hairpin to the right onto New Hill. Continue up New Hill for 650m keeping to the right against the wall as there is no footpath. Follow the signs to Burial Chamber, going through a car park and into a narrow footpath for another 100m to find a series of iron age burial chambers.

Return part way down New Hill looking out for a footpath on the left that takes you down the “zig-zag” through the woods onto Quay Rd. To the right find one of the old Victorian gas lamp standards just by the footpath that takes you over a footbridge overlooking the port access roads. In front of you on the bridge is the old fishermen’s quay.

Continue on the path beside the sea. Look right at the port entrance roundabout to see the large anchor and a sculpture of fish nets by John Cleal. Continue past two modern buildings, one of which contains the Sea Trust and a café/shop.

Go round the end of the café staying on a tarmac path and continue with the sea on your left. Along this footpath you will see mosaics showing history of Goodwick, Fishguard and the Last Invasion on 1797.

The footpath rises towards Fishguard, either by a set of steps or a long gentle ramp to being you to the main road. Turn left into a road with the large convent and Old People’s Home on the right and the beach and sea on your left.

As the road becomes only a tarmac footpath see a new sculpture made by a Japanese artist – “Sunrise”.

You are now on Marine Walk that continues along the cliff side to give views of Lower Fishguard – the old port area, now mostly leisure boating.

At a point almost opposite the end of the quay on the other side of the small bay are a set of steps covered with iron work from a ship when it was being broken up. Continue on the tarmac path to reach the town. As you reach a road go right for 100m to see the Gorsedd Circle to commemorate the 1936 Eisteddfod held in Fishguard. Return towards the town centre, admiring the decorative railings on your left as you reach the shopping area.

Go straight on into Ropewalk. As ships were built here this is where ropes were spun. After the Health Centre on your right fork left to see the iron gate erected in 2006 to mark the centenary of the Harbour being completed. The gate leads into Lota Park, so named because of historic trading links with that town in Chile.

Go back to the shopping area, cross the road and turn right. Here are two commemorative stones. One to D J Williams, co-founder of Plaid Cymru, the other to mark the bi-centenary of the Last Invasion of Britain in 1797. Continue past more shops and cafes to reach the Abergwaun Hotel, now an excellent restaurant.

If you wish to see an old milestone turn right up High Street for 200m to find it on your left.

In front of the Abergwaun Hotel see (and visit) the Royal Oak where the surrender of the French Forces in 1797 was signed. Opposite is the Town Hall. Go in to see the old pillars that once formed the entrance. G O further to visit the Tourist Information Office and see the famous 100ft long Tapestry created in 1997 to show the story of the Last Invasion in needlework.

Opposite the Town Hall is St Mary’s Church, in front of which is the memorial stone to Jemima Nicholas, a heroine of the Last Invasion. Inside the church are some stones from a previous ancient church in the area, but more impressive is the range of stained glass, old and new.

Outside St Mary’s go left for 40m and turn right into Hamilton St. Narrow pavements for 100m to see the memorial to James John Hamilton, marking the school that once stood on the other side of the road.

Return to the main road and turn right down Main St all the way into Lower Town – 500m. The large former warehouse is called the Skirmisher, HQ for the Sea Cadets. Left into the quayside area to see first another John Cleal sculpture – Herrings; and at the end of the quay, past Fishguard Yacht Club – Sunworshipper.

Exiting the quay area, go left on the footpath beside the main road, climbing to reach a small car park to give access to Fishguard Fort, created as a protection against pirate attacks in the C18th.

Return to the town centre and continue along West St, towards Theatr Gwaun with the foundation stone for a Temperance Hall laid in 1878. Newly added in 2021 is a huge mural on the exterior side wall of the Theatre.

Continue along this main road to reach the steps/slope back to the train station, but not before you have sampled one of the several cafes and browsed the shops along the way

This walk has been submitted by Jeremy Martineau of North Pembrokeshire Trade and Tourism.