The top sights to see in Fishguard and Goodwick

Fishguard and Goodwick have it all: a fascinating history, beautiful surroundings, great places to eat and drink – and a railway station. Here’s a lowdown on the best places to visit in the area.

Fishguard and Goodwick station sits near the end of the most northwesterly stretch of the South West Wales rail network. Beyond it is one more stop, Fishguard Harbour, where you can take a ferry to Rosslare in Ireland. The ferry link means that many visitors to Fishguard and Goodwick are simply passing through, but there are many excellent reasons to linger in the area and explore everything it has to offer. We met up with North Pembrokeshire Trade and Tourism company secretary and Goodwick local Jeremy Martineau for a tour of some of the highlights. 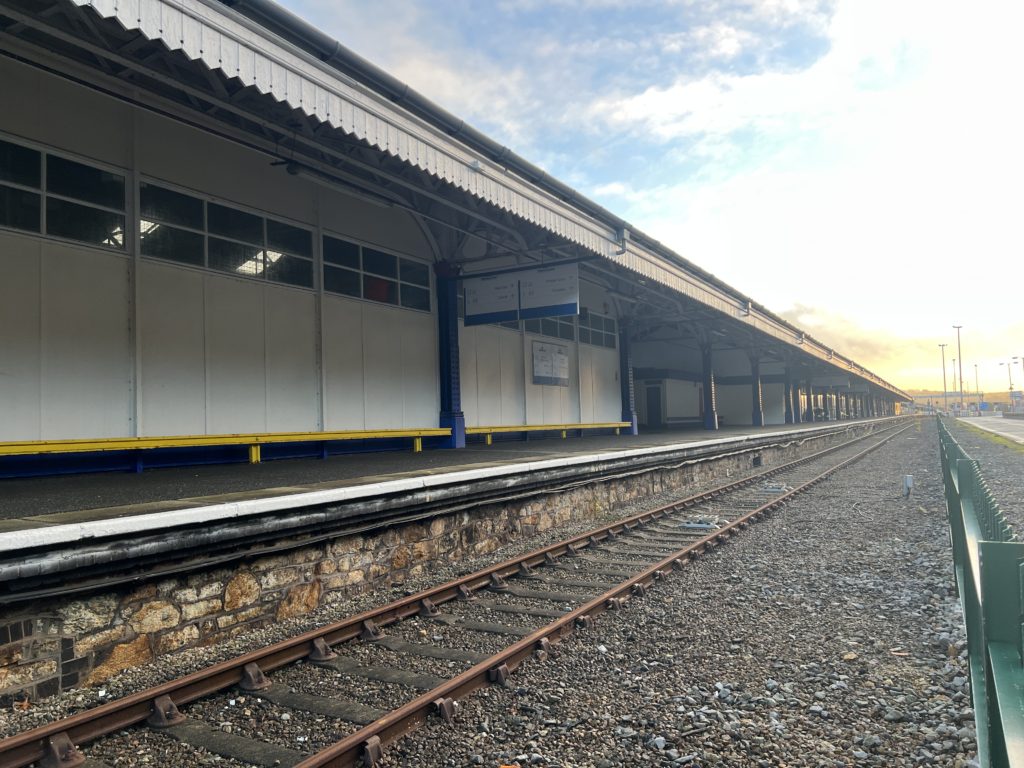 Sea Trust Wales is a charity that works to study and raise awareness of local marine wildlife. It’s based at the Ocean Lab building near Fishguard and Goodwick station, which is home to the Sea Mor aquarium where you can get up close to the creatures that live in the surrounding waters.

If you want to experience even more of the local wildlife, head to the last stop on the line at Fishguard Harbour and take a sightseeing boat trip to Strumble Head. On this trip you’ll see the place where French forces landed in the historic last invasion of mainland Britain in 1797, plus Strumble Head lighthouse and the hidden coves and beaches where seals bask.

If you want to take in as much as possible in the port area, download the Port Places app, the result of an EU funded project, which guides visitors through the sites of five historic ports – Fishguard, Rosslare, Dublin, Holyhead, and Pembroke Dock. 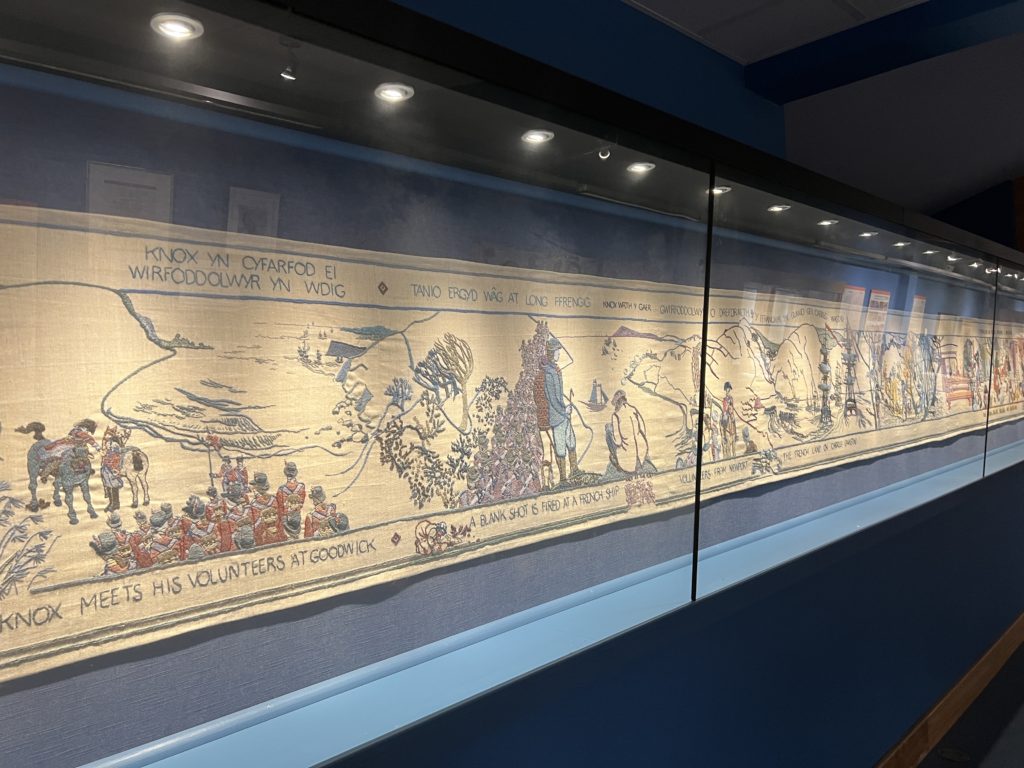 A 26-minute walk from Fishguard and Goodwick station will take you into the heart of Fishguard, where the number one destination is the Last Invasion Tapestry. It was made in 1997 by a group of local women to commemorate the bicentenary of the historic event, which saw French forces landing three miles West of Fishguard, after which, according to local legend, they were scared away by local women in traditional Welsh costume who used their red shawls to imitate British troops.

“Some 1400 soldiers landed here, and if they’d been up to it and were all professional soldiers – which half of them weren’t – it would have been a serious invasion,” says Jeremy. “But as it was, it just got nowhere. It lasted three days and the soldiers turned against their own officers – they believed they were up for a beating and didn’t want to get killed. Sent to prison, some of them escaped, and a couple married Welsh women.”

The tapestry commemorating the event is an impressive piece, made to the same dimensions as the famous Bayeux Tapestry in France and housed in the local library.

“It was made by some 60-plus local people under the instruction and guidance of two local women who were professional embroiderers who had retired here from London,” says Jeremy. 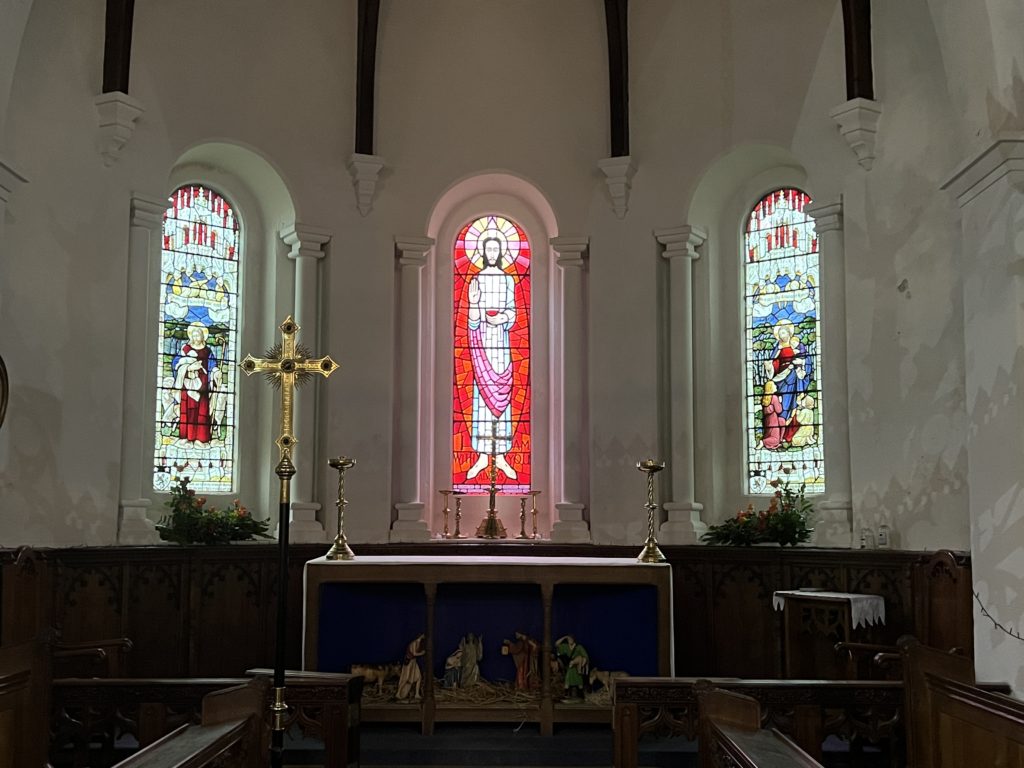 Also worth a visit is the lovely St Mary’s Church in the centre of Fishguard, which has beautiful stained-glass windows, including commemorative ones from the First World War and several gloriously vivid windows made in a modernist style in the 1980s. In the churchyard is a memorial stone to Jemima Nicholas, the heroine who led the local women into battle during the French invasion of 1797. Armed with a pitchfork, she managed to capture 12 French soldiers.

The centre of Fishguard is also renowned for its places to eat and drink, from convivial cafes to pubs serving excellent fare made with local ingredients. Don’t miss the chance to visit the atmospheric Royal Oak, where the surrender by the French invaders was signed after the failure of 1797.

If you love prehistoric stones, then take a 17-minute walk up the hill from the station into Goodwick, where you’ll find Garn Wen, a collection of three Neolithic burial chambers.

Also in the area is the site where Irishman Denys Corbett Wilson took off in 1912; the historic first flight from Britain to Ireland. Flying in his Bleriot X1, he made the trip safely, but had an undignified landing when he reached his destination. A memorial plaque marks the field he flew from.

“It took him 100 minutes to make the flight,” says Jeremy. “The reason that story didn’t make the big news was because three days later the Titanic sank.”

Some 30 minutes on foot from Garn Wen is a truly magical ancient site – St Gwyndaf, the atmospheric, windswept church at Llanwnda. Perched on a clifftop looking out over the Atlantic, it was founded in the 6th Century, although the building you will see today dates from the 13th to the 15th Centuries.

“It’s a beautiful place and a lovely little old Welsh country church,” says Jeremy. “It’s part of the complex of histories that relate to the Last Invasion in 1797. The invading soldiers landed very close to Llanwnda and the church was one of the places they took shelter. It’s believed they tore pages out of the church’s Bible to light their fires. It’s very special church, and it’s very well visited.”

If you want to explore the area around Fishguard and Goodwick further on foot, it’s worth noting that the Pembrokeshire Coast Path runs through the villages.

“People say it’s one of the best bits of the coast path,” says Jeremy. “You can follow it to Strumble Head, where you can take in the iconic views of the lighthouse. It’s also an area that’s rich in wildlife.”

Wherever your wanderings take you, rest assured that you will find plenty of places to eat and stay in Fishguard when your exploring is done. Read more about the hospitality industry in Fishguard in our second article about the area, coming later this month.