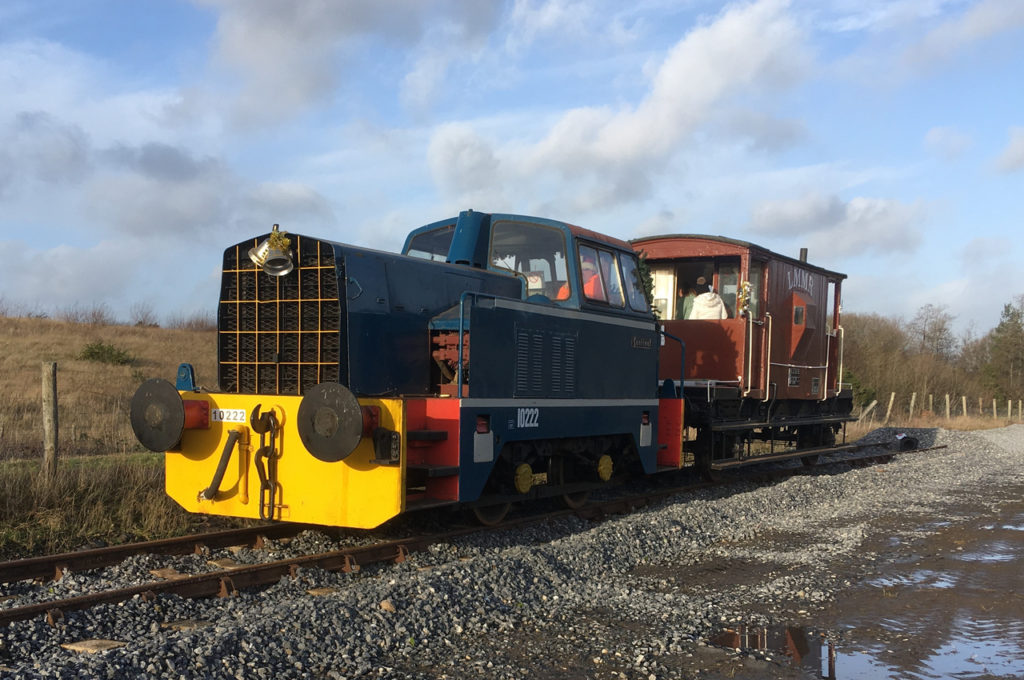 Exciting things are happening on the site of the former Cynheidre colliery near Llanelli. The Llanelli and Mynydd Mawr Railway, a not-for-profit volunteer-run company, is resurrecting the railway on the site, complete with working engines and a host of visitor attractions. The ultimate aim is to create a heritage centre and a full-size steam and diesel demonstration railway at Cynheidre.

The group has already made a lot of headway: the public can enjoy train rides on site on selected dates throughout the year. There is a locomotive storage and restoration shed on site which incorporates a heritage centre explaining the history of the site and the railway’s future plans, as well as a man-made lake with pond dipping platforms. Trees are being planted around the site to create more attractive surroundings.

The original railway at Cynheidre closed to rail traffic in 1989. It has a long and fascinating history that’s inextricably tied to the area’s industrial fortunes. It all began with the Carmarthenshire Tramroad, which was established in 1802, with wagons of coal being pulled by horses to the Sandy area, Llanelly Docks and Stradey Iron Works.

By 1844 the company ceased trading. It stayed closed for more than 30 years then reopened in 1883, operated by the newly formed Llanelly and Mynydd Mawr Railway Co. In 1922 that company was absorbed into the Great Western Railway, which was in turn absorbed into British Railways in 1947. Throughout the 20th Century the line continued as a main artery for coal distribution from the Gwendraeth Valley, until the closure of Cynheidre Colliery in 1989.

A range of locomotives travelled the line over the years, from steam locomotives to diesel – and thanks to the present-day Llanelli and Mynydd Mawr Railway Company, the trains are back. The company incorporated as a non-profit entity in 1999 with the express aim of reinstating the line as a working railway, and it now owns several diesel Pacer trains – a type of train that was a common sight on the local rail network until recently.

“We also have two diesel shunting locomotives and a brake van, which our visitors tend to enjoy a lot because you don’t get to sit in a brake van and be pulled by an engine very often,” says David Mee, press officer for the Llanelli and Mynydd Mawr Railway.

“Our aspiration for the future is to offer steam train rides, and we now own a steam locomotive which is currently being worked on at a restoration base in the Forest of Dean,” he adds. 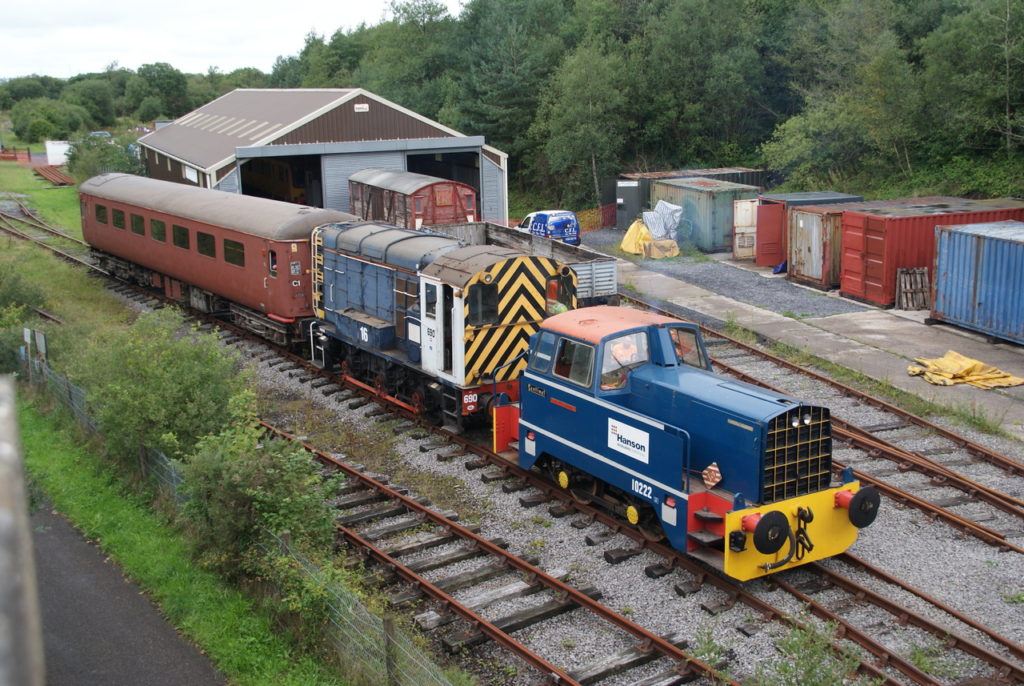 The company, whose president and former chairman Des Thomas passed away recently after a long illness, began with just a small group of volunteers but has grown considerably over the years. It now runs trains along half a mile of track, and it’s in the process of laying another half a mile. Beyond that, there are hopes to run the railway further south alongside the cycle path linking Cynheidre to the former ironworks site and the Swiss Valley reservoirs, both of which are being developed for tourism.

“In theory, the railway could run as far north as Tumble and as far south as Sandy Water Park,” says David. “That will give us quite a considerable run of line – five or six miles altogether, which is a good length for a heritage railway.”

It’s not just the railway that’s being developed – the company recently received a £1000 Community Changemakers grant from South West Wales Connected towards the cost of a new on site toilet block for use by volunteers and visitors.

“We were very pleased and grateful to receive the money from Changemakers which, added to our own resources, enabled us to purchase a new toilet block with vastly improved facilities,” says David. “We’ve also managed to find some funding that’s going to allow us to put in solar lighting, which will be a fantastic benefit for us.”

Llanelli and Mynydd Mawr Railway now has over 100 members, with an average of 10 to 15 percent of them turning out to assist on days when the railway operates. 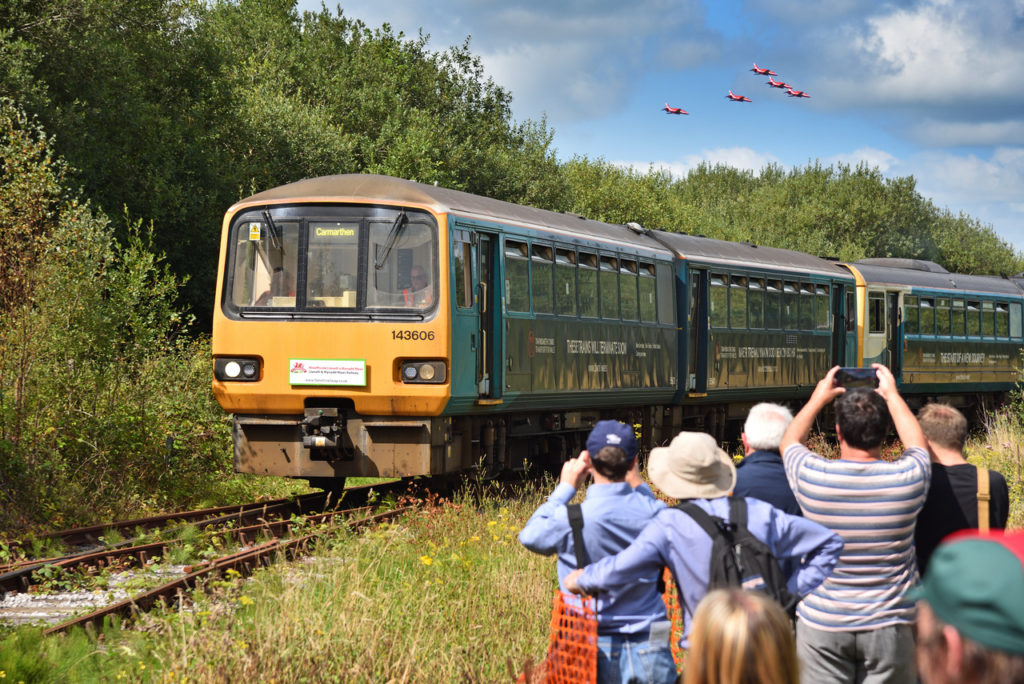 “We had an excellent running day for the public at Easter when we got 30 volunteers,” says David. “Up until this year we’ve held open days roughly once a month through the season from March to the end of September, but we’ve been able to double that this year, opening to the public two Saturdays a month.

“We’ve also started a very successful scheme where members of the public can drive a Pacer train, which has sold out until the end of September, so there’s something happening most weekends now. Des, our ex-chairman and president, was very proud on the first day we were able to operate a train here. Being able to do that is definitely one of our greatest achievements so far.

“We’re also proud to be a very inclusive organisation. We’ve got a lot of volunteers from a very wide variety of backgrounds us and it’s been nice to see them flourish.”

He adds that there’s also a warm welcome for any new volunteers who would like to get involved.

“We have people working on site most Saturdays from about 10.30 onwards, so anyone who’s interested in volunteering can turn up around then and we’ll be more than happy to show them around and show them the variety of jobs that are available.”

“The work is not only to do with the railway – we have a very large site with a pond, picnic area and gardens, so there’s a wide variety of jobs including restoration, maintenance, gardening, clearing – all sorts of work that suits all sorts of interests. You don’t have to commit to a lot of time; you can come and help us for a couple of hours once a month.”

It’s a great opportunity to get involved with a welcoming group that has big plans for the future.

“We’re a friendly bunch and we welcome people of all types of abilities,” he says. “We’re at the beginning of our journey, but we aim to become a major tourist attraction for the Llanelli area.”