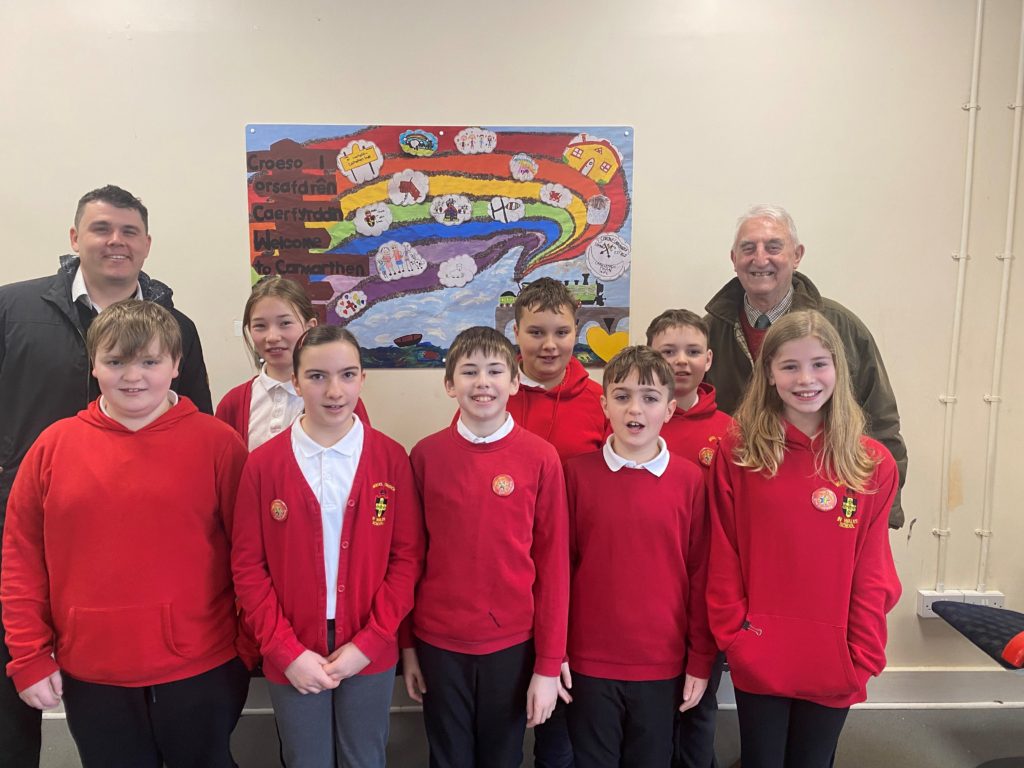 Pupils from Ysgol y Model were tasked with creating a piece of art showing what Carmarthen means to them.

Their design depicts Merlin the magician, who’s been written about in Wales since the 12th Century, on a train and using his wand to show the magic of Carmarthen.

It was created by the school’s ‘Criw Cymraeg’ which features pupils from every class, so their ages range from four to 11.

The children said: “We have had a fun time helping Carmarthen Train station with their new banner. We worked together to brainstorm what Carmarthen meant to us. We had lots and lots of ideas.

“We decided to use Merlin on a train as the focal point with all our ideas of why Carmarthen is special coming as puffs of smoke coming from the train.

“We also wanted to incorporate a rainbow to remind us of what we have been through during COVID. We supported each other and worked together – we hope all the people who see our work in the train station enjoy it.”

Carmarthenshire County Councillor Alan Speake, who is also a Governor of Model School added: “The children have been so responsive by listening to the guidance and support of the school staff – support of really professional quality – leading to a first-class completion of the work before them.

“Indeed you never know we could meet up with a number of Michelangelos in future.” 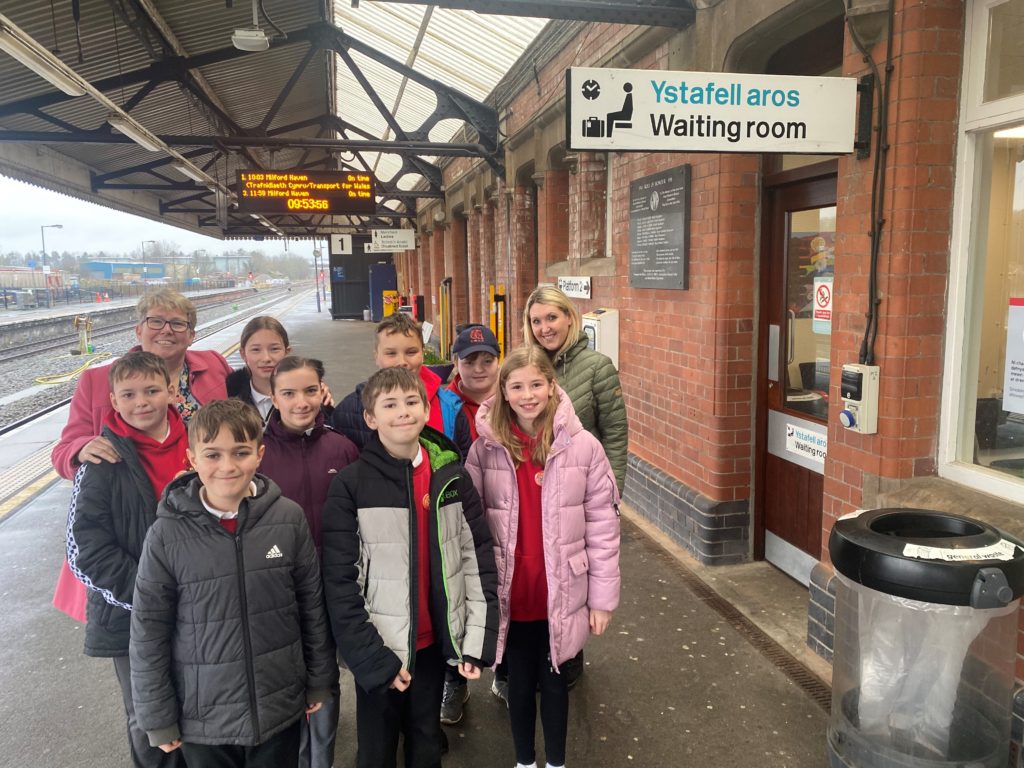 Carmarthen railway station is one of many benefitting from Transport for Wales’ multi-million pound Station Improvement Vision.

The ambitious programme will deliver refurbishments and improved facilities at every station and where possible, TfW will also create new retail facilities, presenting opportunities for local businesses and work in partnership to develop community spaces at stations.

Carmarthen Station Manager James Nicholas said: “We’re committed to making Carmarthen a bright and welcoming station for our customers, so it was fantastic to join up with Model Primary School on this project.

“We asked the children to sum up what Carmarthen means to them and we were blown away with what they came up with. I’d like to personally thank the children, Cllr Alan Speake and our community relations team for their efforts.

“The new artwork will really brighten up our customer waiting rooms for visitors and sums up how important it is having the station at the heart of the community.”