Local Info
The lovely platform garden at Pembrey & Burry Port station is the work of a group of pensioners who have been tending it for 20 years. Here’s why they love the work – and some inspiration for things to do near the station. 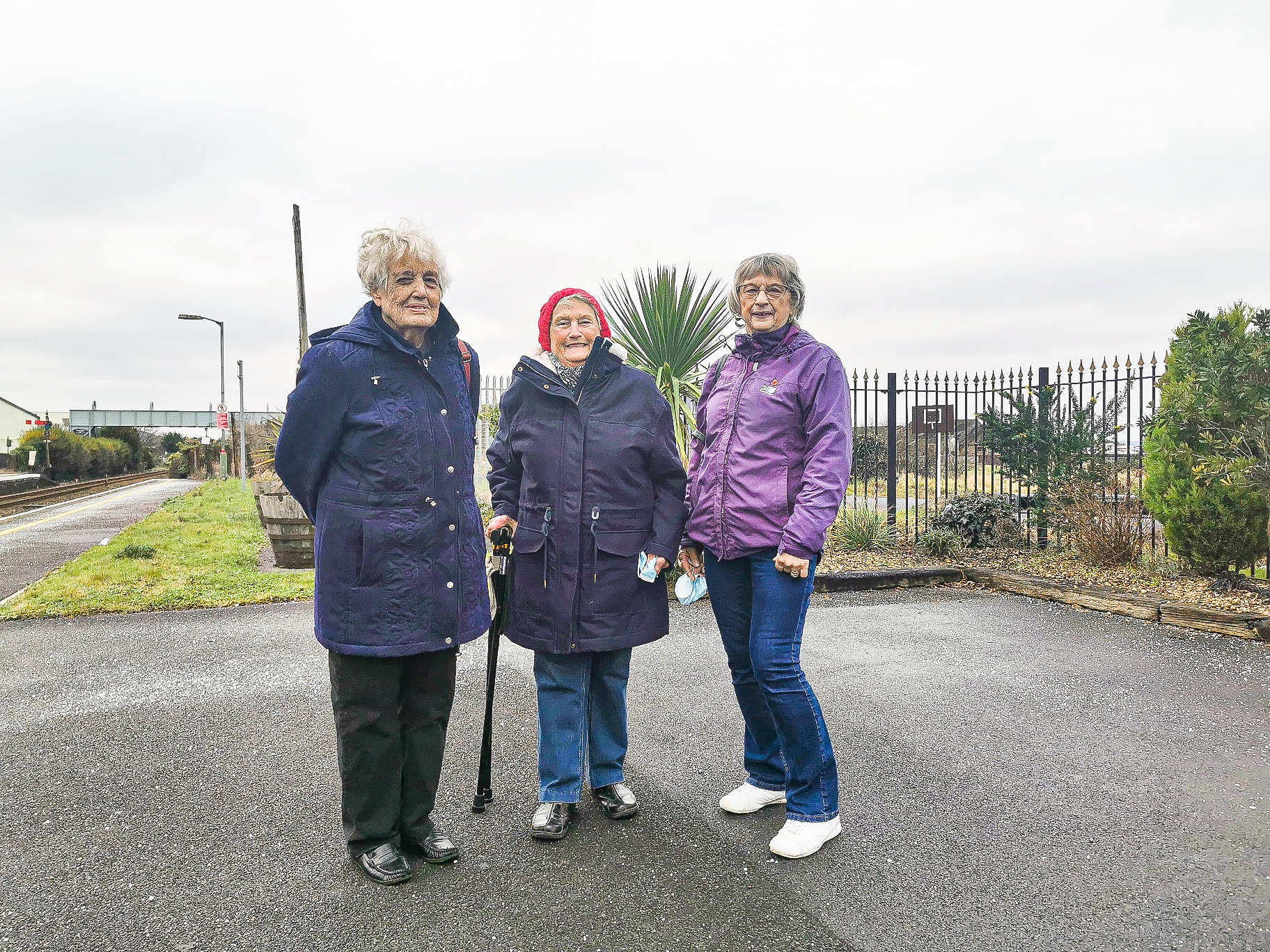 If you visit Pembrey and Burry Port station you’ll be greeted by a wonderful garden on the station platform. It’s the work of three station adopters, all in their 70s: Chris Hartley, Val Coulson and Mary Hamilton.

All three are members of the Cefn Sidan U3A group. U3A (University of the Third Age) is a UK-wide movement of locally-run groups that provide older people with opportunities to come together to learn for fun. The group’s involvement with the station began 20 years ago when one of its gardening club members accepted the invitation to create a platform garden. Six months later she was unable to continue, so Chris took it on. Soon she was joined by Val, and 10 years later, Mary joined too.

“I love gardening, so I went down and that was the start of it,” says Chris. “It sounded like a good challenge, and I thought it would be a welcoming thing for people coming to Burry Port. We wanted to make the station look interesting.”

Transport for Wales helped by creating a planting area using old railway sleepers, which hold about 18 inches of soil. The plants in the garden were all donated; the trio have found locals very helpful and eager to contribute.

Tending the garden is a social activity as well as a gardening activity.

“We officially go there once a month, but unofficially, we go more often and have a cup of coffee together afterwards,” said Chris, who enjoys the company and loves seeing the public’s reaction to the garden.

“People chat to us when they come off the train. Mostly we get people saying how nice it looks and that we’re doing a good job,” she says.

The trio have faced a few hurdles along the way, including a spate of plant thefts and the need to transport water in gallon containers from home to water the garden.

“Thankfully it’s not been such a problem this year because it’s raining so much!” says Chris.

Besides the reactions of the public, another reward has been winning a gardening award from the council five years ago. While all three volunteers are in their 70s, they have no plans to stop their work, so visitors to the station can look forward to a blooming welcome for many years to come. Chris says she’d encourage anyone considering adopting a station to take the plunge.

“Go for it,” she says. “It’s interesting, it’s a challenge, and it makes your area more attractive for people to come and see.”

Things to do near Pembrey and Burry Port Station.

Chris says there are plenty of good things to do in Burry Port – not least enjoying a bike ride along National Cycle Route 4 to Pembrey Country Park, which is about 15 minutes’ cycle away and offers a wealth of activities, from taboggan runs to dry skiing. In Burry Port itself you can walk around the harbour or grab a bucket and spade and head for the beach.

“Besides our beaches, we have various coffee shops and a fish and chip shop,” she says. “You can also enjoy walks along the Wales Coast Path, which is 8-10 minutes’ walk from the station.”