How you can help create a travel network for bees 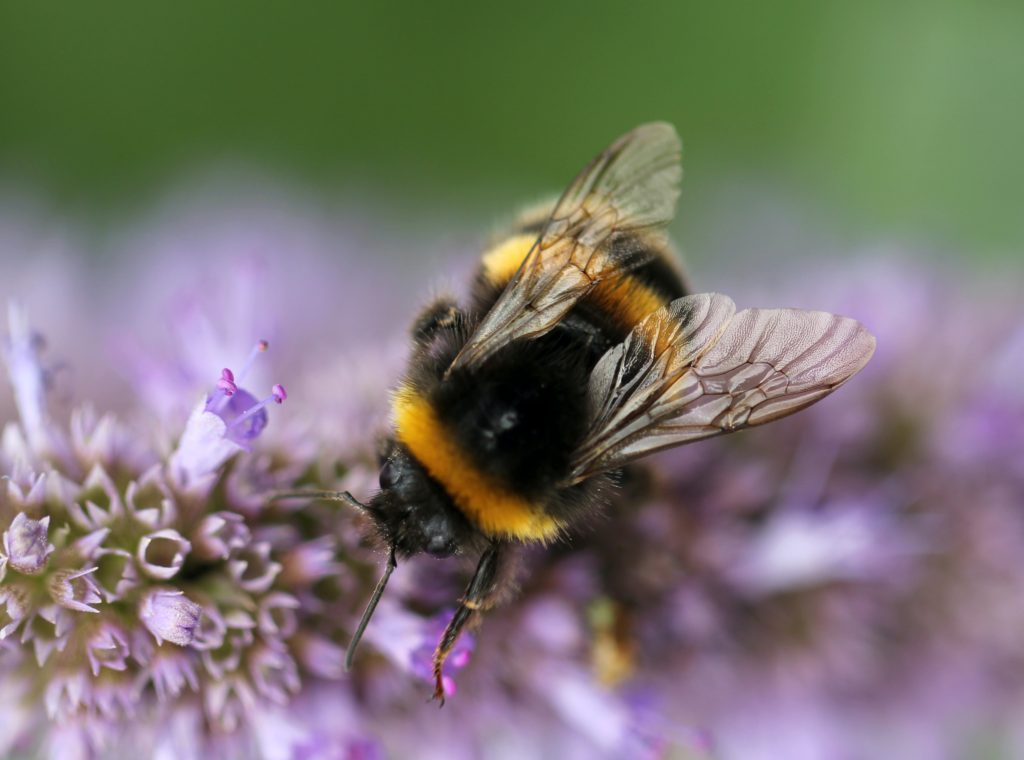 Just as our road and rail networks enable us to move easily across the region, insects need their own “highways” to travel along. This is a growing problem: since 1940 the UK has lost 97% of its flower rich meadows, meaning that insects are now often hemmed into small areas bordered by motorways, buildings, roads and over-tended gardens.

Buglife – the Invertebrate Conservation Trust – is working to change that. Its UK-wide B-Lines initiative aims to mobilise the public, councils, businesses and other organisations to help link up the small islands of insect habitats, enabling pollinators and other bugs to travel again.

This mobility is vital for the insects’ survival, ensuring a healthy genetic mix and enabling them to reach food, maintain sustainable population levels, colonise new sites, and move on if their habitat is under threat.

The B-Lines initiative, set up in 2012, has mapped the existing pollinator highways across the UK. A significant number of these include rail lines, where grass and wildflowers are free to grow. The aim of the project is to link up the B-Lines to help increase population health, resilience and mobility. While the focus of the project is pollinators, the work is expected to benefit the wider wildlife population, as Clare Dinham, Wales Manager for Buglife, explains:

“If you help the pollinators, you’re creating diverse habitats that helps wildlife in general,” she says. “That includes other insects, amphibians, mammals and birds. You could say the ‘B’ in B-Lines stands for bees, but it could equally stand for biodiversity.”

In its efforts to map the existing B-Lines, Buglife has worked with a range of partners, including local authorities, NGOs, Natural Resources Wales and record centres.

“The mapping is based on the average dispersal for pollinating insects,” says Clare. “These include one of our rarest bumblebees in the UK, the shrill carder bee, which only tends to forage a couple of hundred metres from its nest, whereas other species of solitary bee or even some of the other bumbles can go a couple of kilometres.”

Now the mapping is complete, multiple projects are underway to create new habitats, creating new routes connecting the insect highways. Buglife has received funding from the Heritage Lottery Fund to help with these projects and is also working with partners such as health boards and the Woodland Trust.

“In an ideal world we want sites to be no further than half a kilometre away from each other,” says Clare. “The habitats can be quite varied, including traditional lowland hay meadows, wet grasslands, woodland edges and woodland rides, heathlands, gardens and nature reserves.”

A project currently underway in Neath Port Talbot is helping to protect the shrill carder bee, as well as other pollinators including butterflies, beetles, wasps and flies.

“We’ve got three years’ worth of funding from National Lottery Heritage Fund, and we’re one year in now,” says Clare. “We’re working with some NGO partners, the Bumblebee Conservation Trust and the Woodland Trust, with Swansea University at their Fabian Way campus and with the health board on some of the hospital sites in Neath Port Talbot.”

Work has included habitat management and restoration and creation on the ground through work parties and the use of contractors, and multiple events and workshops.

“In the past year we’ve run family friendly nature walks, pollinator walks and talks, we’ve been engaging with schools in the Aberavon area, and a local artist has been doing a series of online workshops with schools, getting them to create art. He’s also in the process of creating English and Welsh versions of pollinator films using the art that the children have produced. It’s all been really fun – the project is about doing the work on the ground, but also then raising awareness, and providing advice and guidance to landowners as to how they can enhance habitats for pollinators.”

With that in mind, the B-Lines online hub includes downloadable B-Lines maps, an interactive map, and the option to inform Buglife of the work you’re doing to help pollinators in your area.

Schools, individuals and organisations can all take part, by sowing wildflower gardens, cutting out pesticides and herbicides, leaving upturned flowerpots, piles of bricks or dead wood as “bee hotels” or simply letting the lawn grow so that it becomes a habitat for pollinators.

“We’re really keen for people to tell us what they’re doing and where,” says Clare. “You could also create a pond – water bodies are really good for pollinators. It doesn’t have to be big; you could even make a hoverfly lagoon using a water-filled ice cream tub. You simply fill it with water, put in some dead leaves and twigs and leave it out, and lots of species of hoverflies will lay their eggs there. Another benefit of ponds is that the plants around them provide pollen and nectar as well.”

Whatever you do, however small it seems, it will make a difference:

“We just want to get the message out that all these little bits help, and gardens make up hundreds thousands of hectares in the UK – so if everybody does their bit in the garden, it can become quite significant,” says Clare.