How elysium gallery is helping to regenerate Swansea’s High Street

Local Info
It’s hoped that May will see the reopening of elysium gallery, an art gallery that’s playing a key role in the regeneration of Swansea’s High Street. We caught up with gallery director Jonathan Powell to find out more about elysium’s work. 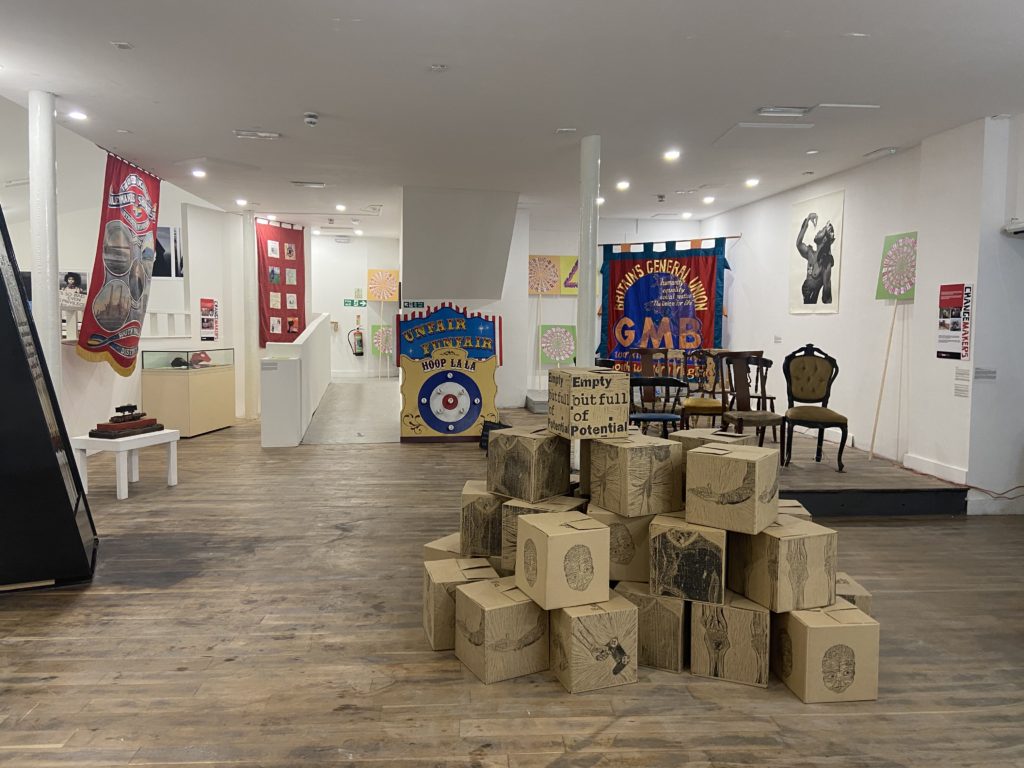 Inside the elysium gallery.

Just a couple of minutes’ walk from Swansea Railway Station, elysium gallery is a thriving artistic hub that’s helping to bring Swansea’s High Street to life. It occupies a former nightclub and includes a buzzy bar as well as an extensive gallery space. It’s part of the wider elysium gallery organisation, which also has artists’ studios on Orchard Street, College Street and Mansel Street in Swansea.

Founded in 2007, elysium gallery is a non-profit contemporary arts and studios provider that fosters education and engagement between artists and communities to create positive social change.

“We are Wales’s largest studio provider, serving as an incubator for a thriving group of Swansea artists providing workspaces, community engagement opportunities, and professional development,” explains elysium gallery director Jonathan Powell. “We are an artist led organisation that encourages pride and participation in local visual and performing arts in an environment that promotes education, participation, experimentation, freedom, and appreciation in all creative practices.”
Historically, elysium has never been confined to one building; since its foundation it has inhabited nine different buildings and instigated many offsite projects.

“It is this ability to change, adapt and transform that keeps propelling elysium to thrive and never stand still in an ever-changing cultural landscape,” says Jonathan.

A constant feature has been its commitment to creating a vibrant and creative community, with plenty of opportunities for collaboration and participation.

“We aim to create the framework for a world of ideas and inspiration which will feed into the vibrant Swansea arts scene,” says Jonathan.

There’s arguably nowhere that has needed elysium’s input more than Swansea’s beleaguered High Street, which was home to the very first Elysium gallery back in 2007.

“For the past three decades or more, Swansea High Street had been in a constant state of decay and neglect,” says Jonathan. “When elysium began on Swansea High Street in 2007 it was a no-go area blighted by poverty and drugs and alcohol issues, and we were one of the few elements of positive activity on that street.

“We thrived because many of the people who inhabited that street felt abandoned and were only too happy to see something new and positive on that street. Even though since then we moved buildings a few times, taking us out of the High Street, we always maintained that connection.”

In 2012, for example, elysium held the Beep International painting prize in an old disused Littlewoods catalogue show on High Street, attracting nearly 3000 people to the street over one weekend.

“We did the same in 2014 in an old Iceland supermarket, so we were only too happy to return to the street in 2019,” says Jonathan. 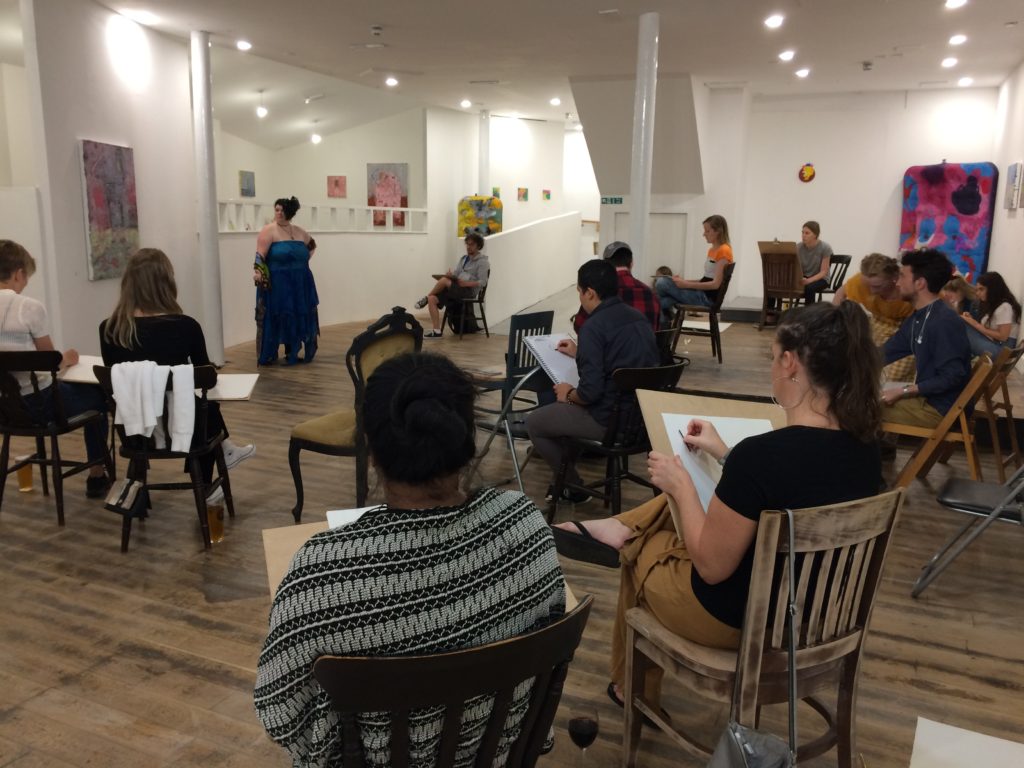 Life drawing session at the gallery.

The gallery’s recent return to High Street enabled it to expand and create an arts venue that provides performance, live events and bar facilities on top of a much bigger gallery space. All this is located in the former Champers nightclub, which had been empty for quite some time before elysium moved in.

“Until COVID hit, we were creating a reputation for being one of the city’s hotspots for live music and comedy and our footfall for events and exhibitions had increased spectacularly,” says Jonathan.

All of this meant that High Street was heading in a more positive direction, helped by wider investment and redevelopment in the area, including Coastal Housing’s Urban Village and new student accommodation in The Oldway Centre.

“Swansea as a whole has been going through big changes recently, with towering buildings being erected all over the place. You do wonder how they are going to fill them!” says Jonathan. “The High Street’s crumbling facades are slowly being replaced with new city centre living apartments and shops.

“The High Street, though, has always suffered through its past reputation and is still struggling to shake that off. If it really wants to change, then it must become a place people want to visit. A place of positive, creative activities and a place to hang out. I wish from time to time they would replace a crumbling building with a green space, a place to breathe.”

The pandemic has been an extremely difficult time for Elysium: everything from exhibitions to workshops and live events had to be postponed or cancelled and its artist studios community has been greatly impacted.

“We look after over 100 artists and they all have suffered from lost income during the pandemic – and this of course cascades down to us and to our landlords,” says Jonathan. “Many artists are struggling to carry on and earn a living.” 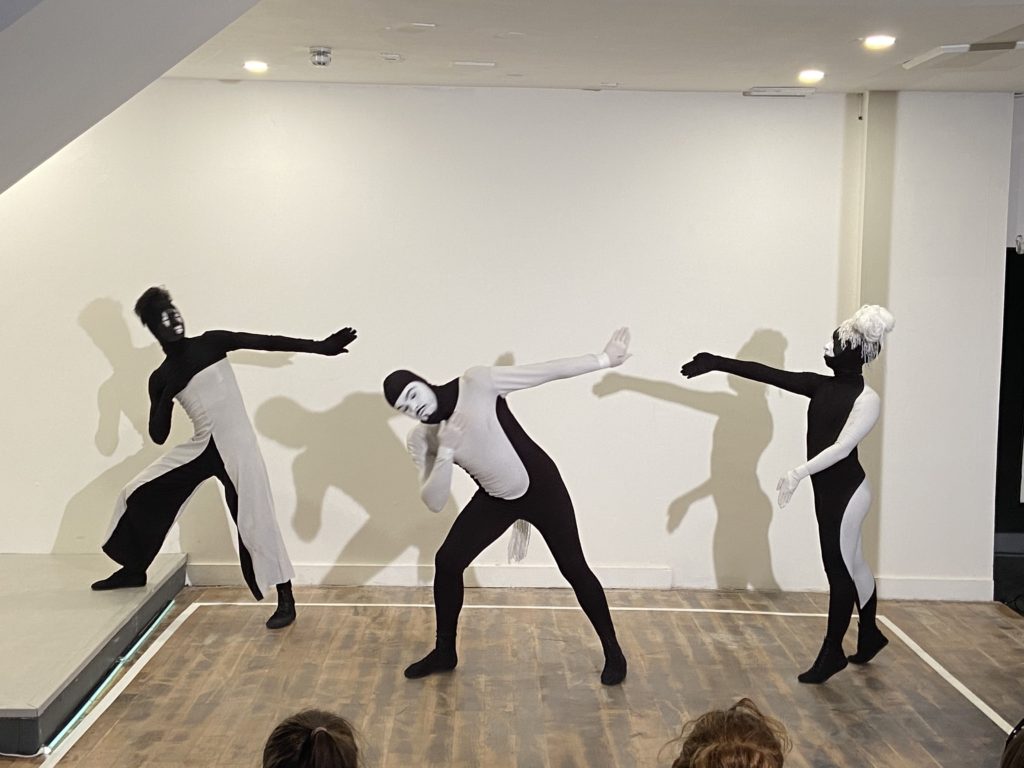 Performance at the elysium gallery.

Despite all the obstacles and unrest, the team at elysium has continued to make things happen. Mainly this has been through online content such as regular artist talks, life drawing sessions, workshops and an international film festival. These activities have formed the basis for its YouTube channel, elysium gallery TV.

“When we were able to briefly open a few times in 2020, we noticed more that people had been really grateful to actually be able to go out and see some art, and see other people–even if it is from two metres away and behind a mask,” says Jonathan. “I’ve seen nothing but the best of people during this time from audiences and our artists. I think this has been a wake-up call in terms of understanding what we could lose, and appreciating all the people who add to life’s creative tapestry. As long as we can keep people safe, I’m certain the arts will thrive again.”

It’s still unclear when indoor activities can resume, but Jonathan and the team hope this will be in May, so they are working towards opening with three exhibitions on Saturday May 29. celebrating contemporary women artists. They are tentatively preparing for music events such as the Swansea Fringe, and have a major touring show planned called Without Borders, which will travel from Wales to Japan, Norway, Italy, USA, & Canada.

“We don’t know what the future holds, we hope people will feel confident enough to come back out and mingle again,” says Jonathan. “From our point of view, the whole point of elysium is to bring people together. This is mainly through exhibition launches, live music, spoken word and performance events, open studios etc. The recovery is going to take time…but I am optimistic.”