How an inspiring new project is helping the Milford Haven community pick the improvement initiatives for their town.

News
South West Wales Connected Community Rail Partnership is delighted to be involved with Milford Haven Working Together, an innovative Participatory Budget project delivered by Dyfed Powys Police that lets communities decide on the improvement initiatives that get funded in their area.

The Participatory Budget (PB) concept started in Brazil in the 1980s and has been used over 3000 times all over the world. The idea behind it is that communities know best what their problems are and how these should be addressed. A pot of money is created, and community groups and improvement initiatives can bid to receive a portion of it. The community then gets to vote on which initiatives get the funding.

For the Milford Haven Working Together (MHWT) PB project, the Office of the Police and Crime commissioner put £10,000 into the funding pot, just as it has done for identical initiatives in the other counties covered by Dyfed Powys Police. Other organisations, including South West Wales Connected Community Rail Partnership, South Hook LNG, Milford Town Council and The Port of Milford Haven, have added donations to the pot, bringing the current total of funds to £21,300. 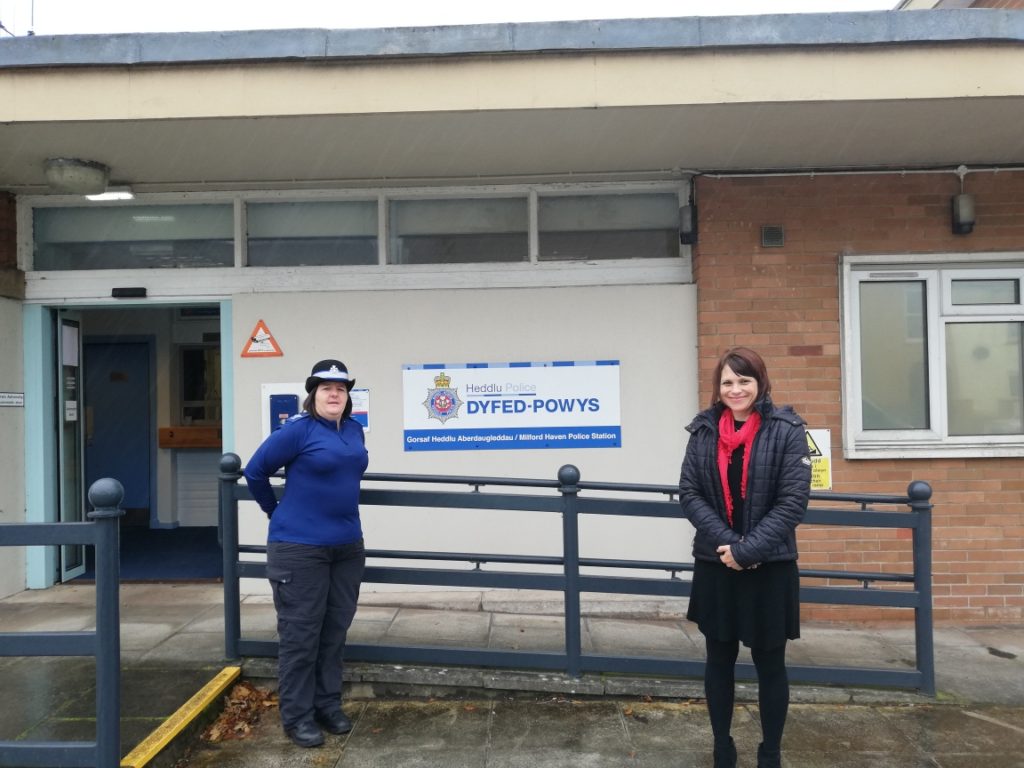 More money is expected in the run up to the online event in which the public will vote on how the funds are allocated. The event will be held on November 28 at 3pm on Zoom. Each bid is accompanied by a three-minute recorded pitch, which will be played at the event. The watching public will then vote on how much they like the idea – and the winning projects will be announced at the end of the event.

“PB recognises that the community has the answers; they are the experts on their issues and on how to solve these issues – so we create the pot of money and invite them to tell us what the issues are and what the answers are – and they can decide on how money is allocated to address these issues. A broad range of community initiatives can bid for the funding, from local football teams to youth groups or knit and natter groups. Normal grant funding decisions are made behind closed doors – but this will be an online event in which the community of Milford Haven gets to make the decisions.”

The funds will be shared among a wide number of groups, because the total amount to be allocated to each group is £2500. This will fuel a lot of positive change in Milford Haven – something that is very much in line with the aims of South West Wales Connected.

Jennifer Barfoot, Community Rail Officer for South West Wales Connected, said she is delighted to be a member of the MHWT steering group.

“This is an inspirational project, and I’m pleased South West Wales Connected was able to contribute to the funding pot,” she said. “We’re committed to improving the communities served by our rail network and MHWT is doing just that, while empowering the local community at the same time. I’m very much looking forward to the Zoom event and seeing what is achieved following the allocation of the funds.”

Colin Sharp, chair of MHWT, said that he is pleased to be helping to improve the area that has become his home, having become strongly involved with the local community as a school governor and through his involvement with PATCH, a charity that has been giving free food parcels, clothing and household items to those in a financial crisis in Pembrokeshire.

“I was born in Kent but lived mainly in London,” he says. “I first visited Milford Haven 20 years ago and fell in love with the way of life and the beautiful scenery. I moved here 13 years ago and got involved with PATCH. It wasn’t long before I became very heavily involved with the community including being a governor at two schools.

“Therefore, when the chance came up to get involved with a community run funding event supported by the Police and local companies, it was an easy choice. Now elected as the Chair, I look forward to working closely with the steering group and be able to, with the community, help lots of local groups with a cash fund.”